Many of us like to use Honey as part of our diet. Apart from its special taste it is also considered as a healthy sweetener as it contains certain complementary elements, vitamins, and proteins. So it would be nice to have enough bees available to collect and produce this “golden fluid”, also in the future.

But more important than collecting the honey is the responsible task of pollinating the plants around us of which pollinating our food-crops is most critical. Without the transfer of pollen from one flower to the other flower – no fruits – no seeds – no food.

A third of global food production is dependent on animal pollination. The large majority, 80-90% of this pollination is done by Honey Bees. The pollination by bees is increasing the size, the quality as well as the quantity of the crops. 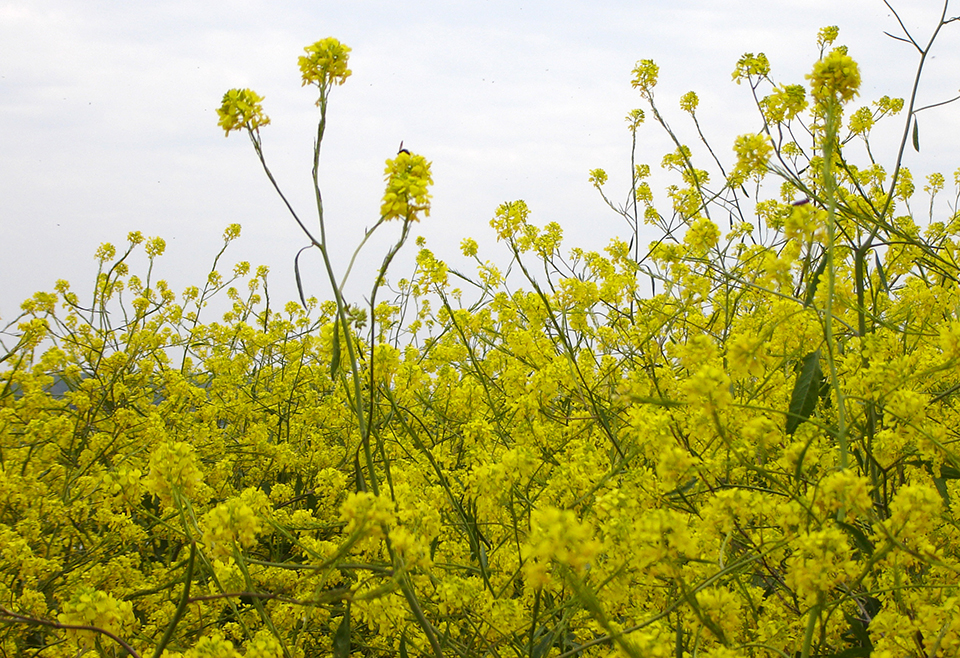 Food production in general is growing with our still increasing world population. The dependency on pollination by honey bees is rising as pollinated-dependent crops grow at accelerated pace relative to overall growth as fresh fruits and vegetables consumption goes up.

Production is progressing faster than the number of managed bee hives: the required pollination increase in the last 50 years is 100%, whereas the number of available bee colonies increased only with 50% in the EU or even declined in the US. The US has to import an advanced number of colonies from Australia to meet demand. If we cannot stop the upward trend of bee losses, then pollination and thus the food supply can become at risk.

The honey bee has been, and is, in the news almost on a weekly basis. The increased losses of colonies have the attention of governments, companies and the public in general. Several causes are considered in contributing to the losses.

The reduced biodiversity, especially in agricultural areas, is forcing bee-keepers to transport or house their hives in areas with a more varied bee-diet. In areas where only one crop is used, the bees only have a limited time span to collect pollen (protein source). Also only one source of pollen is not enough to breed healthy young bees. Malnutrition can be the cause of diseases like Nosema (fungi) and Foulbrood (bacterial). An increasing amount of research is showing the beneficial agricultural effects of richer agricultural areas and several initiatives are started to regain some of the lost territory.

The use of pesticides in general is considered as critical in supplying a still increasing population in need for affordable food. Bees and beekeepers have a long and complex relationship with the use of pesticides. Most beekeepers acknowledge the need of use of pesticides by the agricultural sector and support the same agricultural sector with bees for the pollination of the crops. Unfortunately beekeepers can be confronted by inappropriate use of pesticides with consequential heavy honey bee losses. Especially the use of modern pesticides like the neonicotinoids are being heavily debated in the public, the scientific and political world. The Arista Bee Research foundation does currently not have specific knowledge or expertise in this field and will leave this subject in the hands of other well equipped universities, institutes and authorities.

Besides the biodiversity issues and the possible effect of certain applications of pesticides, the Honey bee is suffering from several diseases. The most damaging disease is caused by a mite: Varroa destructor and is considered the largest contributor to (winter) losses. Untreated colonies often collapse within 2 years from the consequences of the fast growing Varroa population.

Varroa mites were first discovered in Southeast Asia in Western Honey Bee colonies in about 1904, but are now present on all continents except Australia. During the 1980’s the mite quickly expanded in Europe, the USA and Southern America. 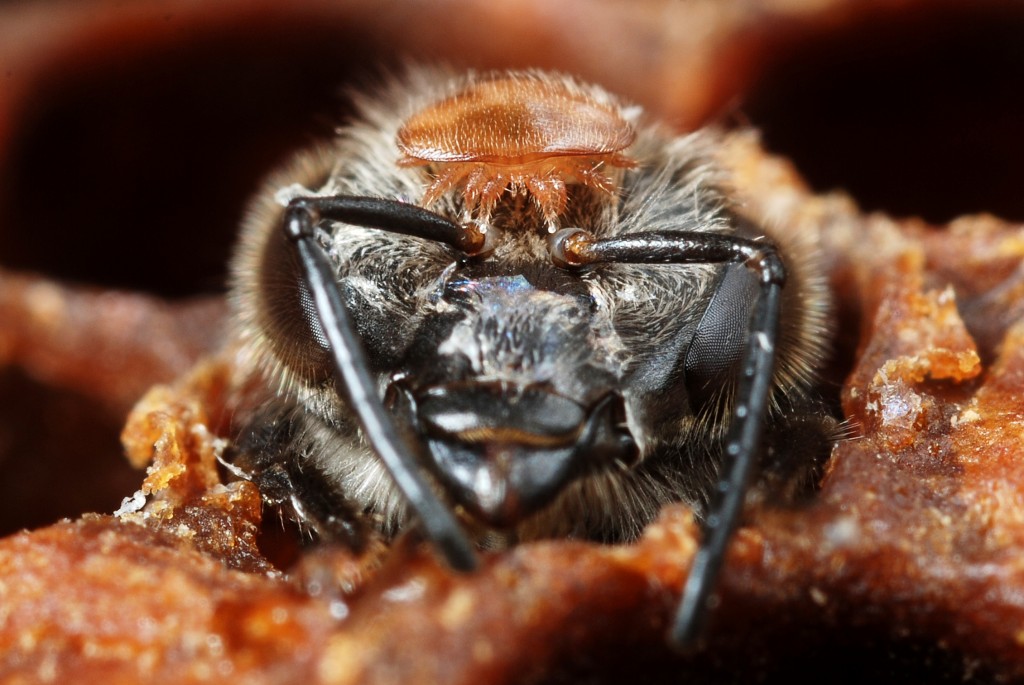 The Western Honey Bee is not able to deal with this mite (yet) as it comes from another Asian bee species, Apis cerana. The mite directly weakens the bee by sucking hemolymph (“insect blood”), but also causes severe damage to the bees by spreading viruses and bacteria.

The Varroa mite seems increasingly difficult to control; more treatments are needed per year than in the past as treatments become less effective (the mites develop resistance). The treatments are also damaging the Honey Bee itself, contributing to the unhealthy state of the colonies.

This leads to the question “What can we do ???”

It has been shown that a natural solution is possible: untreated honey bees in tropical environments develop certain levels of Varroa resistance. Because of the heavy selection pressure (no treatments by beekeepers, so a lot of Varroa) combined with a favorable climate for the bees, a certain percentage of colonies survives, at least long enough to ensure the creation of offspring (swarms, new colonies). These colonies have inherited one or more traits that help them to keep the Varroa infestation under control.

Also in institutes colonies have been selected that have favorable traits and can better keep the number of Varroa mites in the hive under control. The best results so far are achieved by selecting honey bees with a Varroa Sensitive Hygiene (VSH) behavior: these bees can detect the Varroa in the brood and remove the brood with the Varroa so that the Varroa cannot breed and multiply itself.

Based on these observations it is concluded that it is possible to obtain natural resistance in honey bees by selecting for VSH behavior. The genetic base of the (small number of) established VSH colonies is very narrow as selection has only be based on this trait and no resources have been available to structurally integrate this trait in a broad base of the bee population.

It is the VSH behavioral trait that we will use to breed and select Honey Bees with Varroa Resistance.

The VSH trait will have to be established in a large part of the current Honey Bee population as it is important to keep genetic diversity and avoid inbred effects. We will use the established breeds and strains of Honey Bees which are well adapted to our (non-tropical) climates and have favorable traits as a good honey flow, gentleness, normal swarming tendencies and several other favorable traits.

For this a broad and dedicated breeding and selection program is needed. Such a program will be highly facilitated by an intense cooperation between universities, institutes and beekeeper breeding groups. At this time no professional funded breeding program exists.

To enhance the chance of success of such a breeding program, more knowledge is required for several of the techniques and methods used. Within the program five cornerstone projects are defined. These cornerstone projects focus on the effective and efficient measurement of the levels of Varroa Infestation, the direct measurement of the presence of VSH genes by use of genetic markers, the improved storage of sperm and eggs, improved beekeeping, treatment and management techniques and the application of additional Varroa Resistant traits.

The Arista Bee Research foundation is founded to breed a healthier, Varroa Resistant, Honey bee in cooperation with beekeepers, institutes, universities and other stakeholders. The foundation organizes, participates and cooperates in a Varroa resistant breeding program with world leading institutes and universities.

On this website a complete overview of the program is presented, being composed of 6 projects tailored towards the development of improved techniques as well as the breeding and selection of Varroa Resistant strains themselves. The Varroa Resistant bees will keep the Varroa infestations on a low level with low or no treatment at all. This will produce healthier Honey bee which will be able to better survive and thrive in a demanding environment and ensure that its important pollination tasks can be performed.

The foundation can only be successful if enough resources can be put to the tasks at hand. Using a mix of professionals, volunteers and students will create the critical mass needed to produce good running projects with steady and significant progress. We have to be prepared to pursue the targets at hand with focus and persistence as a breeding program like this will take at least 10 to 15 years. The foundation is independent, non-profit, and non-commercial and will pro-actively share future results with the beekeeper community.

To ensure that the objective of this foundation, a healthy Varroa Resistant Honey bee, will be reached, a large group of donors is needed. When each donor is making a modest donation for a sustainable period, enough funds would be available to run this program.